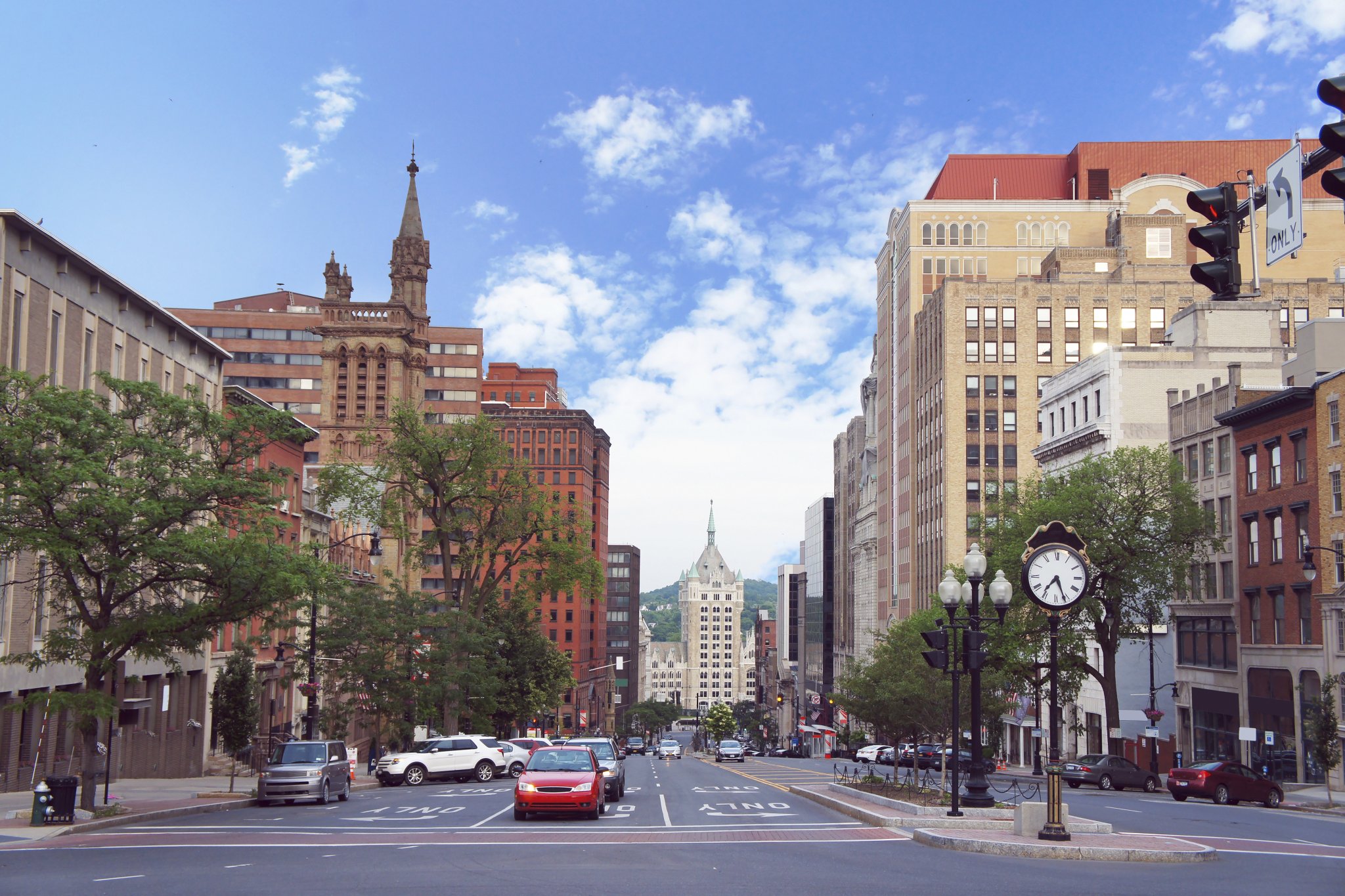 Albany is the oldest surviving settlement from the original thirteen colonies.

Albany, New York, the state capital, sits on the west bank of the Hudson River, about 150 miles north of New York City. Albany was permanently settled in 1614, and is the oldest surviving settlement from the original thirteen colonies, and the oldest continuously chartered city in the United States.

Downtown Albany is the city's oldest neighborhood. In particular, State Street is one of Albany's oldest streets and its original main street. West of Downtown is the Empire State Plaza, which effectively cuts Downtown off from the gentrified neighborhoods of Center Square, Hudson/Park, Lark Street and Washington Park. Often collectively referred to as mid-town, these neighborhoods are often compared to New York City's Greenwich Village for their mix of residential and commercial uses, including bars, night clubs, restaurants and unique stores.

The Tulip Festival, set in Washington Park, is one of Albany's largest events. Alive at Five is a free concert series held Downtown on Thursdays throughout the summer. Because of Albany's historical and political significance, the city has numerous museums and historical buildings. In particular, Albany is home to the New York State Museum and New York State Archives, both open to the public. The USS Slater , a decommissioned World War II destroyer escort that was restored in 1998, is a museum ship docked in the Hudson River at Quay Street.

Albany is home to 57 listings on the National Register of Historic Places and six National Historic Landmarks. The Ten Broeck Mansion, a 1797 Federal-style mansion, is currently a historic house museum and the headquarters of the Albany County Historical Association.