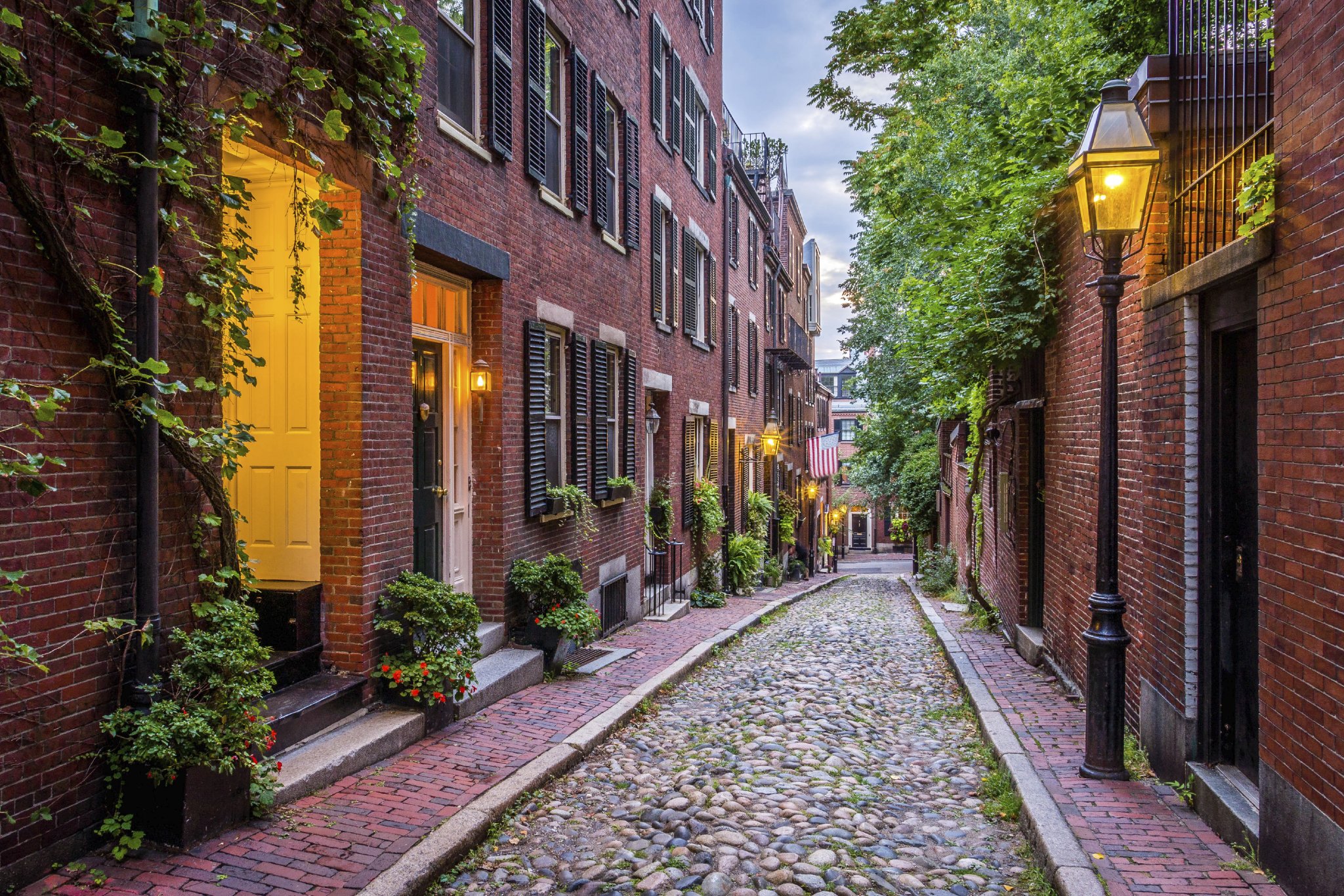 Boston Massachusetts With Boston growing at an amazing pace, the city is becoming an attractive destination to event planners from within the city as well as outside it. The city contines to upgrade amenities making it a first-class setting for meetings, reunions and weddings in Boston. The Boston Convention & Exhibition Center, the John B. Hynes Veterans Memorial Convention Center and Seaport World Trade Center offer about one million square feet of meeting and exhibition space. Choices abound with an addition to a variety of meeting rooms, ballrooms and auditoriums. As one of the first founded and settled cities in the country, there are so many sites, points of interest and organizations for which Boston is famous, one may have difficulty in deciding where to start. Will it be the historical path of Paul Revere's midnight ride and famous call, "The British are coming" or the first ministerial school in the nation, Harvard University with its renowned "Hahvid Yahhd,"?

Rich with a literary tradition and history, the Boston area has been home to the likes of Poe, Thoreau and Hawthorne and is the birthplace of the first newspaper in the country. This city is culturally bursting with ample outlets for arts and entertainment with The Boston theaters, The Boston Ballet, The Boston Symphony Orchestra, and top-notch museums.

Boston can boast as a medical Mecca with world-class specialists, hospitals and teaching hospitals like Massachusetts General, The Children's Hospital and Tufts Medical Center. Also known as a metropolis for education with literally hundreds of institutions of higher education, she produces some of the greatest minds in physics and engineering with graduates from the unrivalled MIT and her great breast of knowledge.

Boston knows how to have fun too. There's the nationally known sports fever for the Major League teams that shows a hardy example of the quintescential Boston Pride: the Sox, (Boston Red Sox) the Celts, (Boston Celtics, pronounced Selts) the B's (Bruins) the Pats (New England Patriots) and a few others. The reasons people love Boston and return year after year to enjoy her history, humor and hospitality are as far reaching and diverse as Boston's area neighborhoods which lend character to the city. Once marked but never divided by ecclectic ethnicity: The Italian flavor of the North End, the hustle and bustle of China Town, The Celtic Pub personality of the South Boston waterfront community, the African, Latin and Caribbean flair in the renaissance of the South End and Roxbury and the early Native American influence that remains throughout the entire region all add to the exotic and dichotomous, Boston.

Where to house your group and have your event, that is the question? The Boston areas each with their particular attractions, services and lodging accommodations have features that will determine which is the best area for you. Shopping? Newbury Street and Copley area hotels might be your best pick. History? Faneuil Hall and Waterfront could be the places for you. Convention? Wharf and Bayside might suit best. No matter what your season or reason for visiting Boston, your success and satisfaction will depend a great deal on where you determine which section of Boston best suits your needs, both practically and geographically. Though a comparatively mediumer city to say, Dallas or New York, Boston is still large enough that you'll want to choose your hotel or lodging locale wisely. We can help you determine the best area, hotel accommodations for your group stay in Boston.

Boston has long been a destination spot for not only historical interest in the birthplace of our country, but also for being home to five major league sports teams as well as its proximity to the seasonal delights of fall foliage and antiquing, skiing and winter sports, springtime blossoms in the world famous parks and in the summertime, the outdoor concerts and the beautiful east coast, Atlantic beaches. The nautical history of the Boston port areas is almost as famous as her civil history. The Regatta, Tall Ships, The USS Constitution and the Mayflower are among attractions and sites for which Boston is famous. With fresh, briny and bay waters as well as the open-ocean, water sports, watercrafts and boats are almost a leisure-time must when visiting the Bay State.

Dining Out in Boston Area Restaurants, one could eat out at a different restaurant every night of the week, never eat at the same place twice and never have a bad meal. From the finest roasted Peking duck to down home Korean dishes and from sidewalk style pizza joints to full silver service at the Four Seasons, Boston has restaurants and these folks know how to do food! Every section of Boston has a great many eateries to select and sample so what ever your craving is you'll be sure to satisfy it with a little help and guidance from Boston's Finest Dining Guide. Every year the city draws thousands when over 200 of Greater Boston's Finer Restaurants invite patrons to enjoy a selection of two and three course lunch and dinner meals for a special price and to find new favorite restaurants, bistros and cafes to enjoy. Boston has it all to suit your taste.

Boston's Waterfront - Several of Boston's most elegant hotels are located in the Waterfront Area to accommodate business travelers and conventioneers with proximity to the Financial District as well as the Massachusetts Convention Center, Seaport World Trade Center and The Exchange Conference Center. Not to mention ease of access to Logan International Airport via water taxi, the Calahan Tunnel or the MBTA.

Beacon Hill- Designated as a National Historic Landmark, it is the site of many historical happenings. Beacon Hill finds prestige in attracting millions of people fascinated with these historical points of interest like the Charles Street Meeting House as an example, where many notable speeches from anti-slavery activists resounded from the likes of Frederick Douglass, Harriet Tubman, Wendell Phillips and many more abolitionists. One will find the famed Louisburg Square where Militiamen sacked the French Fortress once erected on this site. The Park Street Church, historically known as "Brimstone" Church not only for its fiery conservative stand but also due to the substantial stores of gunpowder hidden there during the War of 1812. And with the famed "Black Beacon Hill" where many black leaders lived on the northern most slope, it is no mystery that another historical site on The Hill is the African Meeting House located on Joy Street. It would take days upon days to cover all the historical points of interest Beacon Hill has to offer.

What ever your group event, a meeting, conference, reunions or wedding, Boston will make an amazing meeting destination and we can help you make that happen for you!