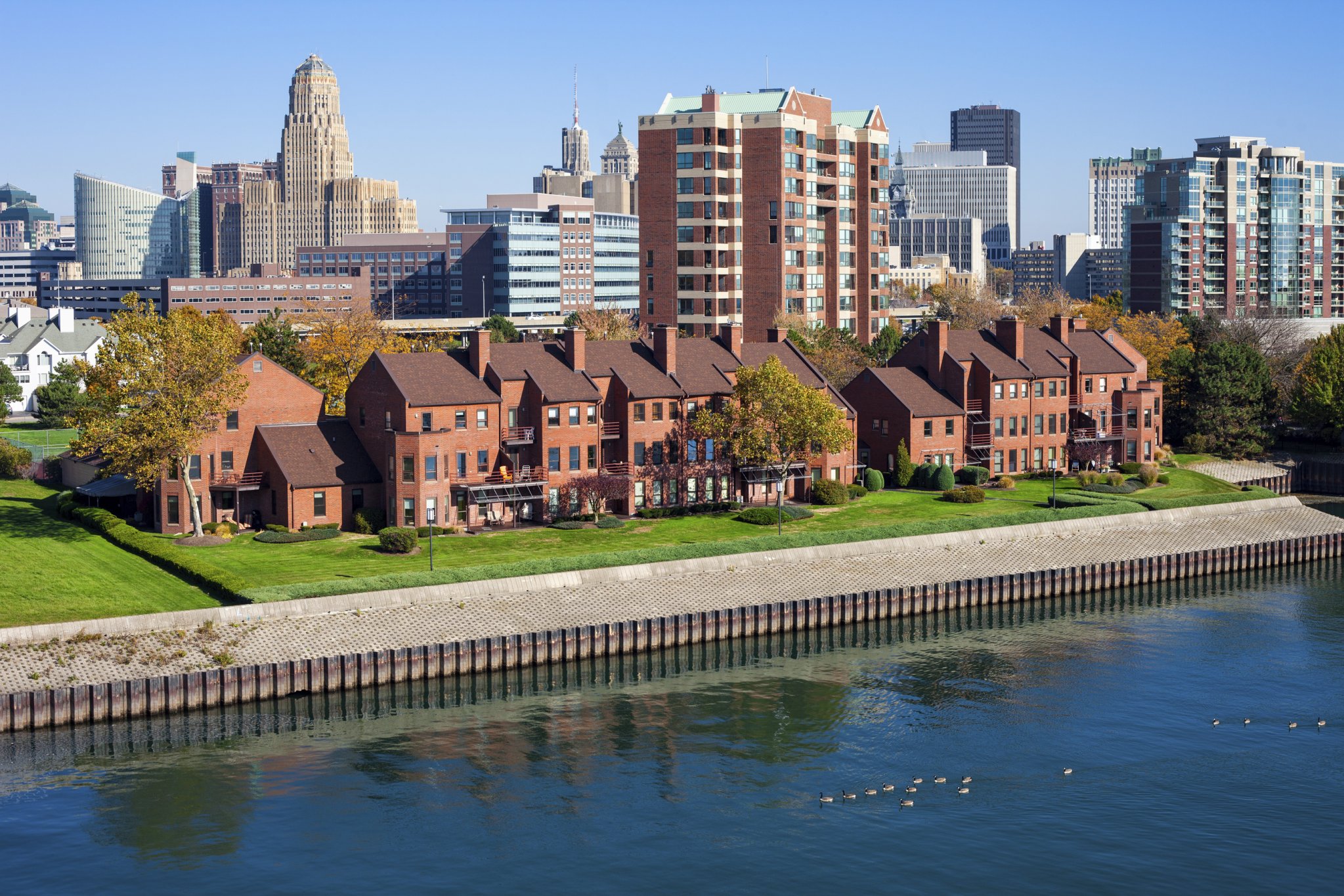 Buffalo is known for its famous chicken wings and for its eventful history.

This impressive New Yorker is a symbol of American pride manifested in the form of iconic landmarks and architecture. The city is where you will find the melodious harmonies of Louis Armstrong vigorously celebrated, while the journey of runaway slaves on the Underground Railway is well documented. Whether skiing in snow along its powdery slopes or cheering from the top of your lungs during a Buffalo Bills' home game at the Ralph Wilson Stadium, the city leaves nothing to the imagination. So leave your worries at home and bless this intriguing destination with your presence, as you bask in its hope of the American dream, which led Milliard Fillmore and Glover Cleveland strait to the Oval Office.

As a major doorway to Niagara Falls, Buffalo is a city worthy of discovery. This emblematic gem sits in the state of New York, United States offering a wide spectrum of adventures for the passionate traveler. Buffalo is a stroll down memory lane as museums, heritage parks, and eventful music as well as art galleries reveals historic traditions. Its lush parks appear in the midst of architectonic structures which boldly showcase the uprising of modern buildings during the 19th century.

The flavors of Buffalo are a treat for every food lover. Yes its wings are delectable but there is so much more to explore. From casual dining to gourmet specialties, there is something to fit every taste and pocket. The gastronomy of Buffalo is a mix of multicultural dishes in addition to American best eats which are combined to form a melting pot of delicacies that will delight any taste bud.

Buffalo Niagara International Airport is the main doorway into the city. For hotel reservations, visit our online reservations. The Niagara Frontier Transportation Authority (NFTA) makes traveling throughout the city quite simple. Its extensive bus and train services provide ample transportation across Buffalo and its surrounding areas. Taxis and car rentals are available to travel at a more relaxed paced. Buffalo's downtown district can be explored on foot.