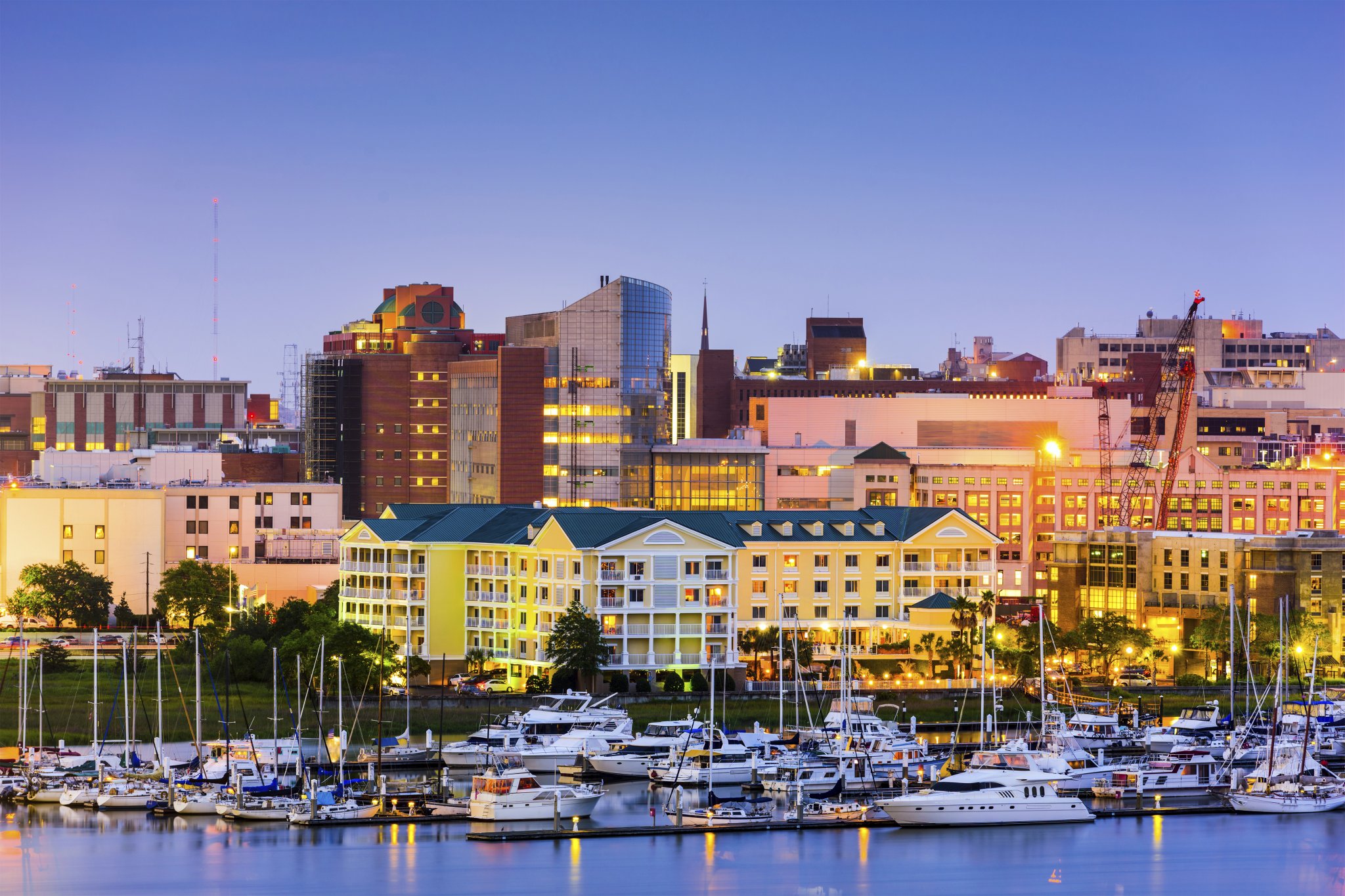 Charleston South Carolina is referred to as "The Holy City".

Charleston has earned her stripes in the hospitality industry having been voted the #1 destination spot in the world by Conde Nast Traveler Magazine in 2012 and continues to stay in the #1 slot. It's not only her rich historical sites and breathtaking architecture, or the anticipation of every want, need or desire a guest could possibly have for tour offerings, notorious events and superlative cuisine, or the ideal weather for a beach group or meeting getaway. It's no one of these intriguing draws alone but the unusual combination of these features and more that makes Charleston unique in her attractiveness as a destination spot. Charleston's Finest City Guide will help you learn about and select the hotels and resorts, precise attractions and events that will put the city firmly in your top few destination spots as well. Make Charleston your destination spot for a conference, wedding or reunion.

Perhaps it's the weather, the southern charm or the ample history of this old city that has brought her to recent heights of popularity. As a hot location for internationally known events like the Spoleto Arts Festival and Women's Family Circle Cup tennis championship, as well as renowned events drawing a domestic audience from all over the country such as the South Eastern Wildlife Exposition, just to name a few, Charleston should definitely be added to your list of meeting places. Adding to her notoriety, Charleston has been included as a departure port for popular cruise lines. Whether it's her rich history in the building of the nation or the breathtaking array of fine art to be admired or purchased, Charleston has something to offer everyone. Not only can you have fun in the sun with pristine beaches and shop with abandon from sidewalk style to beautiful boutiques by day, but you will also find nightlife for those from college age to the culture required of the more sophisticated and successful boomer age.

Widely known for plantations, cotton, slavery and her key role in the Civil War, Charleston is widely marked by this one era in her history. But did you know that Charleston was home to signers of the Declaration of Independence and was home to significant people in the processes of deciding how America's early government was organized? Did you know that it was largely due to the fierceness of South Carolina's sons and fighting militia who occupied the British so thoroughly during Revolutionary War, that the British efforts were stalled and foiled until the French arrived? Thus preventing the Brits from advancing north toward Virginia. Would it surprise you to know that the Holy City earned her name for all the churches erected within her city limits due to her reputation for religious tolerance and shelter? Charleston, SC has done much over the centuries for which she is not so often recognized.

The Charleston International Airport serves over a million people each year with American, Continental, Delta, Southwest, US Airways and United Airlines. Located in North Charleston, transportation to the historic district can be made by a airport van, taxi or rental car. The airport is convenient to the Charleston Area Convention Center and its hotels with most providing complimentary hotel transportation to and from the airport.

Charleston boasts some fabulous venues for events; the William Aiken House, a National Historic Landmark downtown with up to 500 people; the Gaillard Municipal Auditorium, which is home to the Charleston Symphony Orchestra seating 2,734 in the theater and a 15,000 square foot exhibit hall; the South Carolina Aquarium, Middleton Place and Magnolia Plantation & Gardens.

There are literally hundreds of restaurants in Charleston from which to choose when it comes to satisfying your appetite. A hankering for southern fried to a craving for the freshest seafood right off the docks can be sated. When you take a look at our dining section to get an idea of what's on the menu, a sense of atmosphere, price range and rating for many of Charleston's popular dining spots. Make a reservation and treat yourself to a new dining experience every night. Find your favorite spot and try to decide on the best chef or savory plate. You'll have difficulty choosing a favorite but oh, so much fun in the trying!