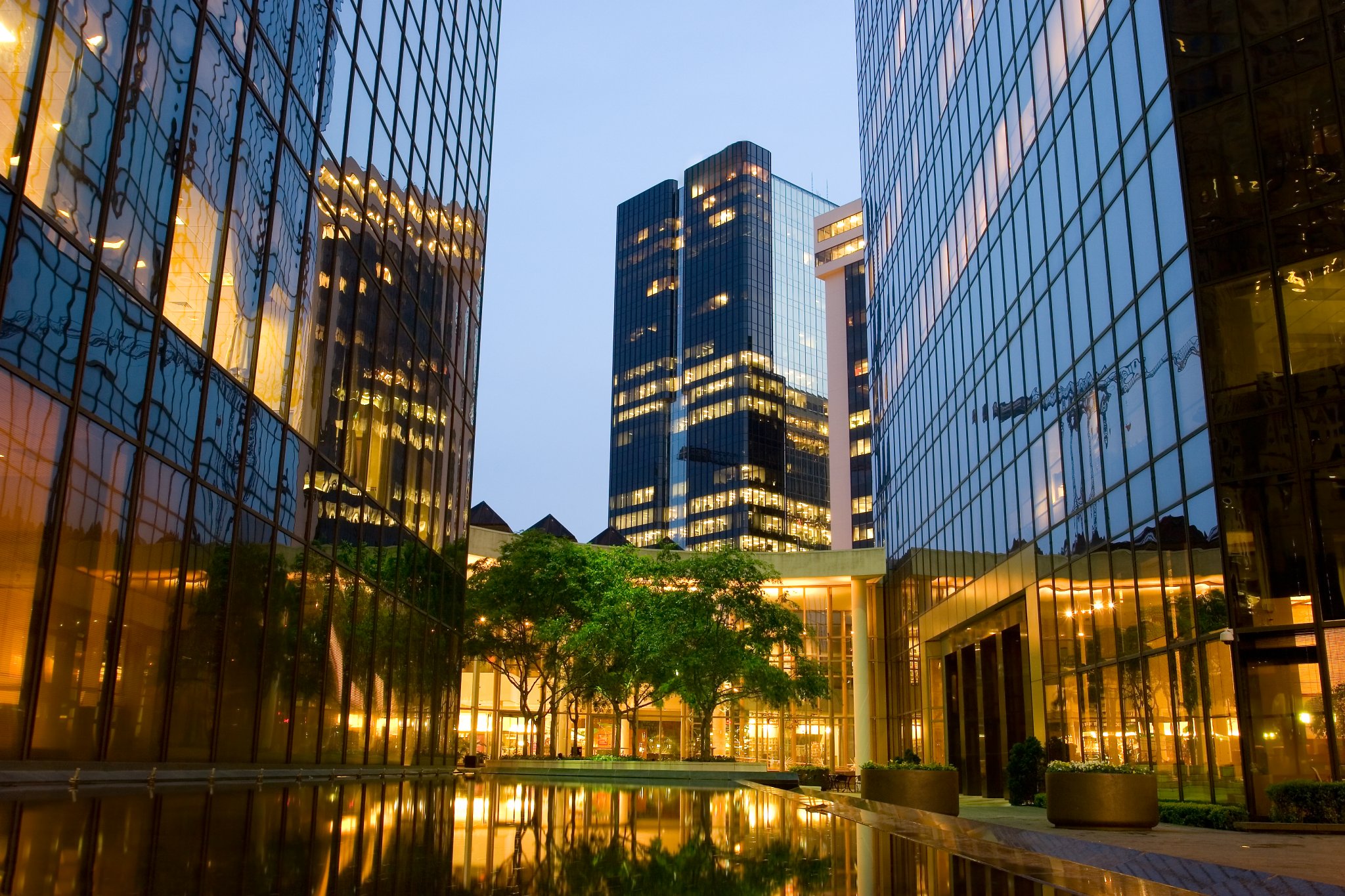 Charlotte, the "Queen City", is a major U.S. financial center

Charlotte North Carolina is the largest and most accessible city between Washington D.C. and Dallas Texas. The city is known as "the International Gateway to the South", with its mid-Atlantic locality, 6.9 million people living inside a 100-mile radius, and 60 percent of the country's population lives within a two hour flight to Charlotte North Carolina.

The Charlotte/Douglas International Airport is the sixth busiest airport in the United States. This state-of-the-art airport is a hub for US Airways, offering nonstop fights to over 130 destinations across the globe with more than 700 daily departures. It is served by many domestic airlines, and international airlines such as Air Canada, Insel Air, and Lufthansa. Charlotte's central location between the population centers of the northeast and southeast has made it a transportation focal point and primary distribution center, with two major interstate highways, I-85 and I-77, intersecting near the city's center making access to Charlotte by air and car quick and easy.

At the Charlotte Convention Center, event planners can draw upon 90,000 sq. ft. of flexible meeting space, a 35,000 sq. ft. ballroom, with award-winning full service catering. Adding to the event possibilities, the Crown Ballroom, neighboring the NASCAR Hall of Fame, connects to the facility via a convenient over-street walkway, offering the same great service and catering. With events ranging from sophisticated evening affairs to rambunctious barbeque bashes, the Charlotte Convention Center can accommodate just about any type of event. Among the many options, choose from convenient exhibit space for booths and general assemblies, dozens of meeting rooms configured for any need, or two ballrooms transformed to complement countless themes.

Charlotte offers an array of historic and modern event venues too. At the Duke Mansion, a 32,000 square foot retreat set on four and a half acres, provides Southern hospitality and charm wrapped in twenty-first century luxury and amenities. This unique facility can accommodate elegant dinners, executive accommodations, sensational breakfasts and lunches for 10 to 300 guests with professional chefs on staff.

The Daniel Stowe Botanical Garden with 380 acres along the banks of Lake Wylie is one of the jewels in the Queen City's crown offering beautiful settings for weddings, corporate and social events up to 300 guests. Or check out the larger-than-life IMAX Dome and aquarium-lined rooms of the interactive Discovery Place Museum. Whether it's an elegant dinner for 100 or an energetic reception for 500, Discovery Place can make your event unforgettable.

Other Charlotte attractions and event venues include the Bechtler Museum of Modern Art, with the lobby able to comfortably accommodate up to 140 guests for a sit-down function and 225 for a standing reception along with other smaller intimate areas; Mint Museum of Art, dedicated to collecting, conserving, exhibiting, inspiring, publishing and protecting important works of art, and the Afro-American Cultural Center. The NASCAR Hall of Fame Charlotte is attached to the convention center, featuring 50,000 square feet of exhibit space and a 250-seat theater, a museum and retail and dining space.

There is more to Charlotte than the borders of Center City: enjoy all that Charlotte has to offer, the shops and delicious delis and cafes in the historic streetcar neighborhood of the Third Ward. Take in a Broadway play or Charlotte Symphony concert at the North Carolina Blumenthal Performing Arts Center. Visit the Charlotte Museum of History. Enjoy a race at Charlotte Motor Speedway, where three NASCAR Sprint Cups race every season.

Charlotte has become a major U.S. financial center and is now the second largest banking center in the United States, after New York. Bank of America, the nation's second largest financial institution by assets, calls the city of Charlotte home. The former corporate home of Wachovia was headquartered in Charlotte until its 2008 acquisition and fully merged the end of 2011 by Wells Fargo. Charlotte became the regional headquarters for East Coast Operations of Wells Fargo, headquartered in San Francisco, California. Charlotte also serves as the headquarters for Wells Fargo's capital markets activities including sales and trading, equity research, and investment banking. Bank of America's headquarters, along with other regional banking and financial services companies, are located primarily in the Uptown central business district.

Charlotte is home to two major professional sports franchises: the Carolina Panthers of the National Football league since their creation in 1995, and the Charlotte Bobcats of the National Basketball Association (NBA) since their creation in 2004. The Panthers play their home games in Bank of America Stadium, while the Bobcats play in the Time Warner Cable Arena with both venues being located in Uptown Charlotte.

Nearly 200 diverse neighborhoods are scattered throughout Charlotte, from the college town of University City at UNC Charlotte to suburban Highland Creek, a residential area less than five miles from popular attractions Charlotte Motor Speedway and Concord Mills Mall. A busy hub for both work and play, Center City is one of the most popular areas in the city serving as home to many businesses and several attractions such as the Levine Museum of the New South, Mint Museum of Craft + Design as well as the Charlotte Convention Center. Though residential high-rises and corporate skyscrapers dominate Center City's skyline, Center City also offers visitors the opportunity to experience Charlotte's rich and colorful history. The Fourth Ward neighborhood has distinctive restored Victorian homes, shops and restaurants, including the McNinch House, an intimate dining experience.