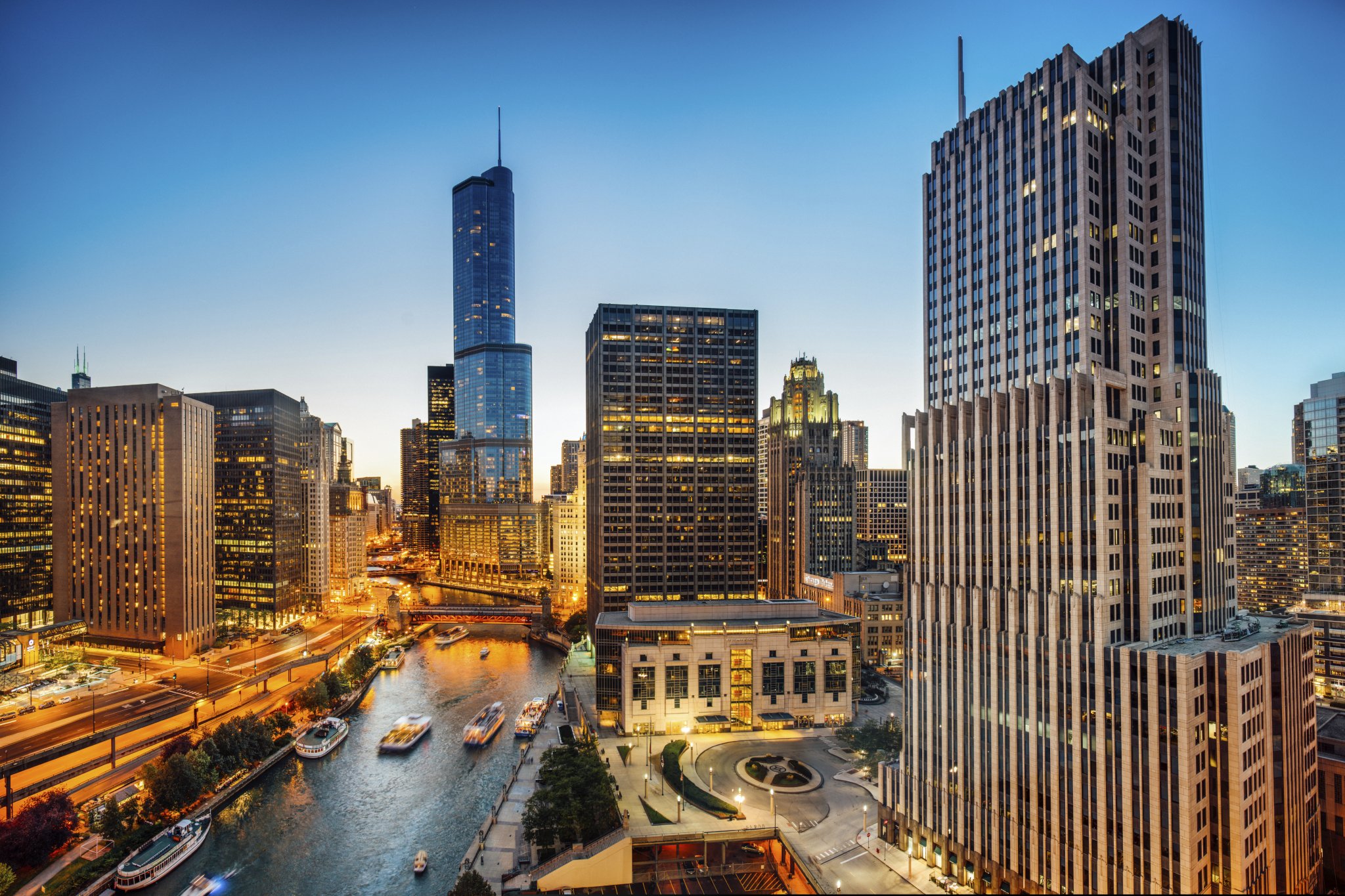 "The Windy City" is the third most populous city in the U.S.

More people travel to Chicago for overnight business than any other U.S. destination. With the population and strategic location of a one day's drive makes this city a perfect location for meetings, and conventions. And, Chicago ranks third in the United States in the number of conventions hosted each year just behind Las Vegas and Orlando.

With its two airports, Chicago welcomes visitors to O'Hare International the world's second busiest airport, on the far Northwest Side, and Midway International Airport on the Southwest Side. Travelers from around the world enjoy easy access to direct non-stop flights to 60 international and 154 domestic business hubs on over 50 different airlines to Chicago, with both airports being fully-equipped with modern technology and amenities.

For convention participates and visitors, Chicago, with its two hundred square miles of city offers several affordable and efficient options of public transportation: reduced shared taxi fares at both airports O'Hare and Midway, downtown and McCormick Place; the Chicago Transit Authority's rapid transit "L" system; convention attendees can take the dedicated 2.5-mile busway that runs directly from the downtown hotels to McCormick Place so when planning a conference, convention or trade show in Chicago, transportation and accessibility stand out for this enormous gathering place.

McCormick Place - besides the 2.6 million square feet of exhibit halls, meeting rooms, six ballrooms, it also has a 4,249-seat theater and three 300-seat theaters. Add an on-site business center, top notch catering, on site locations for getting a massage, Internet and networking services, this facility is exceptionally equipped to make your event a huge success. Oh, did we mention, the West building, the newest addition to McCormick Place is LEED certified making it a green environmentally friendly facility, not to mention the entire city of Chicago is known as one of the most environmentally friendly in the nation.

With the city's beautiful parklands there are many outdoor venues to select when planning events such as the Chicago Botanic Garden's 22 different areas- excellent for receptions, Buckingham Fountain at Grant Park, or the Lincoln Park Zoo. Indoor options, include places like the Art Institute of Chicago, Adler Planetarium & Astronomy Museum, and the Museum of Science, all perfect for any upscale event.

For those history buffs, Chicago History Museum offers millions of historical artifacts from this city's rich heritage, or take the elevator to the top of the tallest building in North America, the Willis Tower, the Skydeck on the 103 floor offers spectacular views spanning up to four states; maybe the Navy Pier, the number 1 tourist destination in the Midwest, ride the Ferris wheel at Pier Park, take in a show at the IMAX Theatre or spend the day visiting the interesting shops.

Food. Oh my! Chicago lays claim to many regional specialties, which reflect the city's ethnic and working class roots. You'll find the nationally renowned deep-dish pizza, the Chicago-style hot dog, typically a Vienna Beef dog loaded with an array of fixings on a Rosen's poppy seed bun or enjoy an Italian beef or sausage sandwich served on an Italian roll with condiments.

At night, the Chicago's dining and nightlife scene is ready to tantalize your senses with some of the finest delectable mouth watering entrees around... like USDA prime steaks, french cuisine, vegetarian dishes and many other fabulous specialties from award winning eating establishments. After dinner, a night on the town is in order, you may want to take in a comedy show, orchestra event at the Symphony Center, hang out at a blues joint, or relax the evening away with conversation and cocktails.