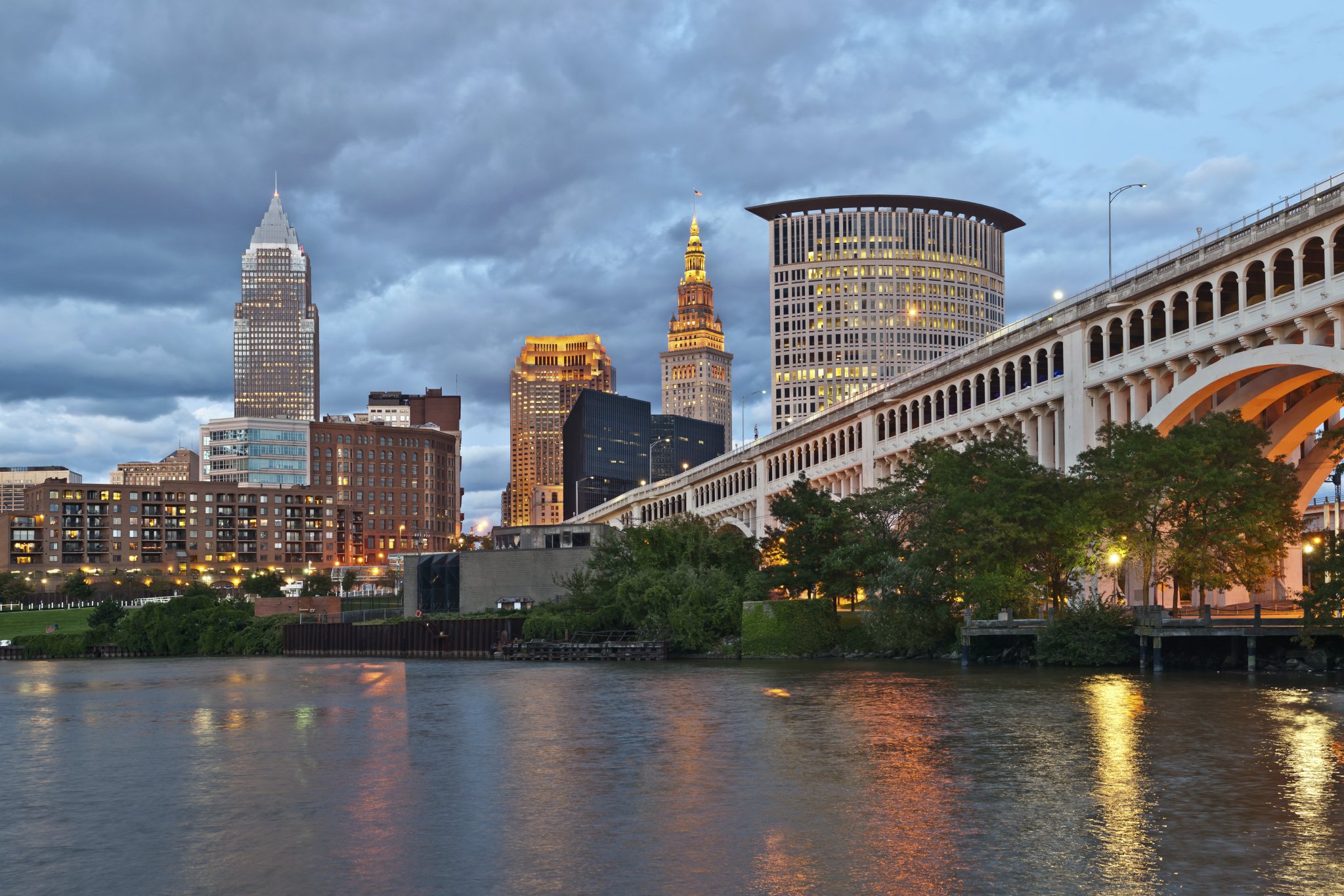 Cleveland's geographic location on the Cuyahoga River and Lake Erie has been key to its growth. The Ohio and Erie Canal coupled with rail links helped establish the city as an important business center. Steel and many other manufactured goods emerged as leading industries. The city diversified its economy in addition to its manufacturing sector. Cleveland is home to the corporate headquarters of many large companies. From a sleek, new downtown convention center to dozens of new and renovated hotels, Cleveland has the meetings and convention infrastructure covered. Visit our hotels in Cleveland online.

Located on the southern shore of Lake Erie, Cleveland, Ohio, is perhaps best known as the home of the Rock and Roll Hall of Fame and Museum. But the city is home to plenty more, from professional sports teams to the second-largest performing arts center in the country, from family-friendly attractions to historic neighborhoods lined with eateries and pubs. The city is hugged by a necklace of parks and is home to more than 100 public golf courses, a zoo and rainforest that's home to more than 3,000 animals, an amusement park that is consistently voted the best in the world, and plenty of festivals.

A good place to go for information is the Cleveland Plus Visitors Center, located in the historic Higbee Building that once was an iconic downtown department store. Cleveland's downtown architecture is diverse. Many of the city's government and civic buildings, including City Hall, the Cuyahoga County Courthouse, the Cleveland Public Library, and Public Auditorium, are clustered around an open mall and share a common neoclassical architecture. In the 21st century, the city has improved infrastructure, is more diversified, and has invested in the arts. Cleveland is generally considered an example of revitalization.

Downtown Cleveland is centered on Public Square and includes a wide range of diversified districts. Downtown Cleveland is home to the traditional Financial District and Civic Center, as well as the distinct Cleveland Theater District, which is home to Playhouse Square Center. Mixed-use neighborhoods such as the Flats and the Warehouse District are occupied by industrial and office buildings as well as restaurants and bars. The number of downtown housing units in the form of condominiums, lofts, and apartments has been on the increase since 2000. Recent developments include the revival of the Flats, the Euclid Corridor Project, and the developments along East 4th Street.