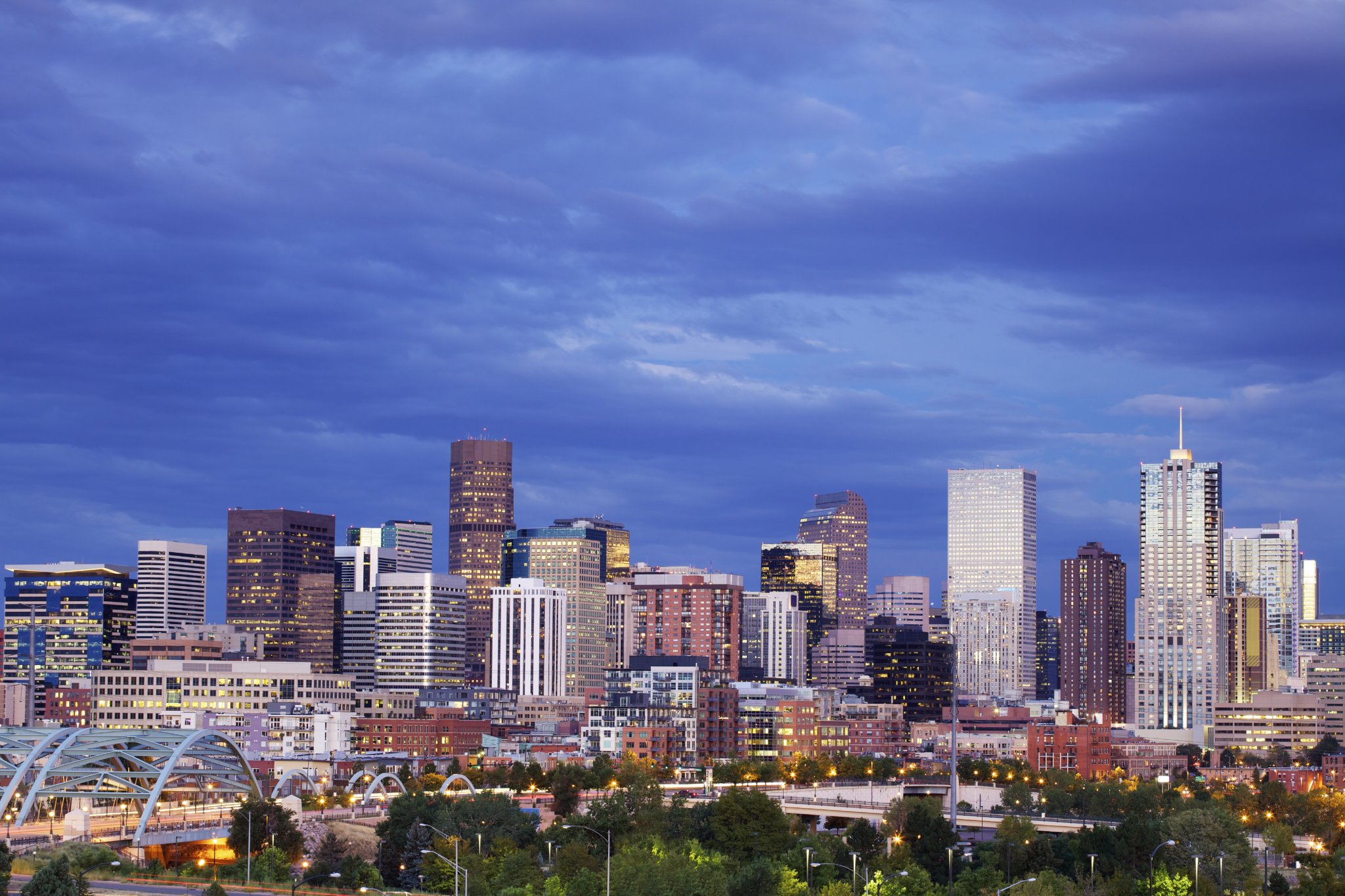 Denver is known as the Rocky Mountain "Mile High City"

The city of Denver located in the magnificent Colorado Rocky Mountains sits at 5,280 feet and is known as "The Mile High City" and home to 2.5 million people that enjoy sunshine about 300 days per year. Denver has several things to lure meeting planners to consider this fabulous city: a central location with no more than 4 hours air travel from most major cities to Denver International airport; a state-of-the-art convention center; a downtown district complete with shopping, dining, nightlife and attractions perfect for walking; and many hotels and event venues to select, making Denver a perfect location for your next event.

The location of Denver is 340 miles from the exact center of the continental United States making it more centrally located than most first think when considering Denver as a destination for a meeting. And now, with the world's second largest performing arts center and the addition to the Denver Art Museum, Denver continues to grow in stature among U.S. cities. In addition to easy access by air via Denver International Airport and additional airports, two major Interstate highways intersect the city, and four AMTRAK passenger trains pass through the city on a daily basis and is a major hub for interstate motor coach travel.

The expansion to the convention center was nearly doubled it in size, and offers over 600,000 square feet of exhibit space. The exhibit space can be subdivided into six separate spaces offering beautiful views of the Denver and Rocky Mountain skylines. The Colorado Convention Center is outfitted with the latest advancements in computer and networking technology and all exhibit halls, meeting rooms, and offices have connections to the fiber optic network with wireless Internet connections available making connecting to the Internet simple during their meeting. Within a short walking distance from the Convention Center, attendees have access to over 7,000 hotel rooms, 300 restaurants, nine theaters and plenty of shopping. The stats show, many of the attendees and their families like to arrive early and stay after meetings to take advantage of the city's amazing cultural and recreational attractions; hiking, skiing and outdoor activities not more than an hour's drive from Denver proper.

Colorado, making it the most ambitious light rail project in American history and is scheduled to be completed by 2014. The rail lines will connect Denver International Airport and downtown Denver, so that city travel logistics will improve in planning events in Denver. Union Station will become the hub for rail lines that will service all parts of the city, including a light rail line to Golden in 2013 and a commuter rail line to Boulder and Longmont between 2014-2016. Denver has positioned itself to become one of the nation's most sought after cities for meetings and conventions with its well defined and central downtown, thus making it easy to explore by foot. So when you are thinking about a conference in Denver, think downtown, with the many shops, boutiques, restaurants, nightlife and lodging, all accessible by foot is the perfect option for attendees.

Cultural attractions include the Denver Pavilions, Denver Art Museum and Colorado History Museum are all located downtown and frequently feature world-renowned exhibitions and showings. One of Denver's most frequently visited landmarks, the 16th Street mall is both a bustling pedestrian mall as well as an amazing work of art. A mile long, the mall winds through a large number of parks and beautiful plazas, all of which are framed soaring skyscrapers.

If Denver looks interesting to you for your next meeting let us help you find the hotel that meets your needs both lodging, and space for your meeting and banquets. Just complete our online group form, and we will get to work, and at no cost to you as our service is free.