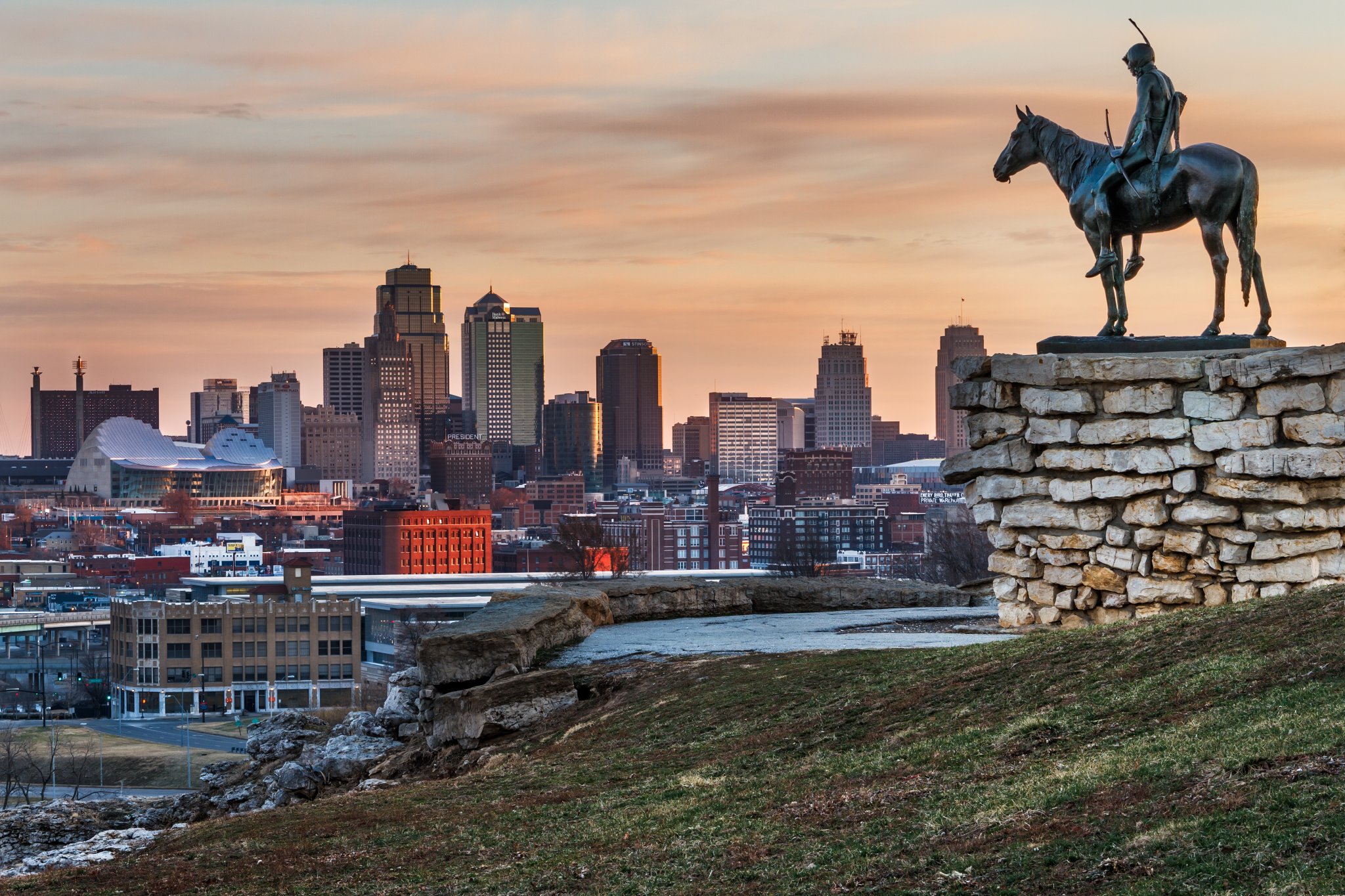 The Kansas City Missouri downtown area has gone through a major transformation over the last few years making this city an ideal site for meeting planners. The expansion and major renovations of the eight square blocks of the Kansas City Convention and Entertainment Conference Center and its radiant art deco pylons offers planners 388,800 square feet of column-free exhibit space on one floor, 48 state-of-the-art meeting rooms, an arena that seats more than 10,700 people, and a fine arts theatre, seating up to 2,400 people. This incredible complex is all connected to major downtown hotels, with underground parking by glass enclosed skywalks and below ground walkways making this city an excellent year round meeting and convention spot.

Kansas City International Airport is a quick 20 minutes to the heart of the city, where attendees gather at the downtown convention center for various events, meetings and conventions, with fully-equipped modern technology and amenities, affordable lodging, friendly people, an assortment of local cuisine, famous for its steak and barbecue, upscale shopping and attractions. With about 50 million people, and various major cities, makes this city easily accessible within a day's drive to Kansas City making America's most central city comfortable to reach by both air or car.

The city lies in the Midwestern United States, near the geographic center of the country, where the second largest river in the country, the Missouri River and the Kansas River come together. The city claims over 200 water fountains, just behind Rome, the second most in the world.

With the downtown Kansas City redevelopment of new offices, condo's and apartments makes the area an attractive residential option to live, work and play. The KC Power & Light District, the crown jewel of downtown Kansas City is home to entertainment, dining, and shopping, a grocery store with a roof-top pool club called The Jones, a state-of-the-art Kauffman Center for the Performing Arts and The Sprint Center. This sparkling, nine-block neighborhood links the Convention Center to the 18,500-seat Sprint Arena, making it the Midwest's premier entertainment spot with over a half million square feet of more than 50 unique and captivating restaurants, bars, shops and entertainment venues.

Downtown Kansas City was selected as one of America's best downtowns by Forbes magazine, in March 2012, for its rich culture in arts, numerous fountains, upscale shopping and local cuisine. World-class attractions include the Midland Theater by AMC, The AMC Mainstreet Movie Theater and the KC Live! Entertainment District.

Other large Kansas City event venues are available in the city: The College Basketball Experience, a world class entertainment facility connected to the Sprint Center by the Grand Lobby, is two floors and 41,500 square feet of basketball exuberance that can accommodate up to 1,500 people. The popular KCI Expo Center, can accommodate about 5,200 people theater style; the Riverfront Community and Convention Center located in the renovated historic Union Depot (built in 1888) overlooking the Missouri River can accommodate over 400 people with spectacular views of Landing Park. Or how about the popular Kansas City casinos, they offer several meeting and event spaces for large groups.

A few non-traditional meeting places could enhance your unique group event like the Berg Event Space, with a great view of downtown, Union Station offers an impressive room at the Sprint Festival Plaza for banquets of 850 or receptions of 1,800 guests; another choice could be the historic Uptown Theater complex, or maybe the Aquarium Room at the Kansas City Zoo for 40 people might work to create the perfect conference, reception, wedding or reunion solution.

The City Market has been one of the largest and most enduring public farmers' markets in the midwest, linking growers and small businesses to the Kansas City community. In addition, more than 30 full-time merchants are open year-round and offer specialty foods, fresh meats and seafood, restaurants and cafes, floral, home accessories and much more.

There are four Fortune 500 companies -- H&R Block, Embarq Corporation, Sprint, and YRC Worldwide, Inc. with their headquarters in the city, not to mention Fortune 1000 companies such as AMC Theatres, Great Plains Energy and for education, the University of Missouri-Kansas City and Rockhurst University are also in Kansas City.

Kansas City has a thriving music scene and world-class art museums which includes theAmerican Jazz Museum, the Nelson-Atkins Museum of Art, one of the Midwest's finest art institutions, the Kemper Museum of Contemporary Art. Live Jazz music venues can be found throughout the city, with the highest concentration in the Westport entertainment district centered on Broadway and Westport Road near the Country Club Plaza, as well as the 18th & Vine area. The Kansas City Repertory Theatre, the metropolitan area's top professional theatre company and the Starlight Theatre, 8,105-seat outdoor theatre are a popular theatre company and theatre.

The Kansas City Symphony was founded by R. Crosby Kemper Jr. in 1982 to supersede the Kansas City Philharmonic, which was founded 1933. The symphony currently is located at the Kauffman Center for the Performing Arts and the Ballet offers an annual repertory split into three seasons which ranges from classical to contemporary ballets.

No trip to Kansas City is complete without savoring some of its trademark barbecue, so stop by Arthur Bryant's Barbeque for a taste of the popular slow-cooked short ribs. For two and a half months, an incredible festival, the American Royal, with about 40 events and activities, everything from debutante balls, barrel racing, a rodeo, to a barbecue feast takes place in the fall starting in September each year.