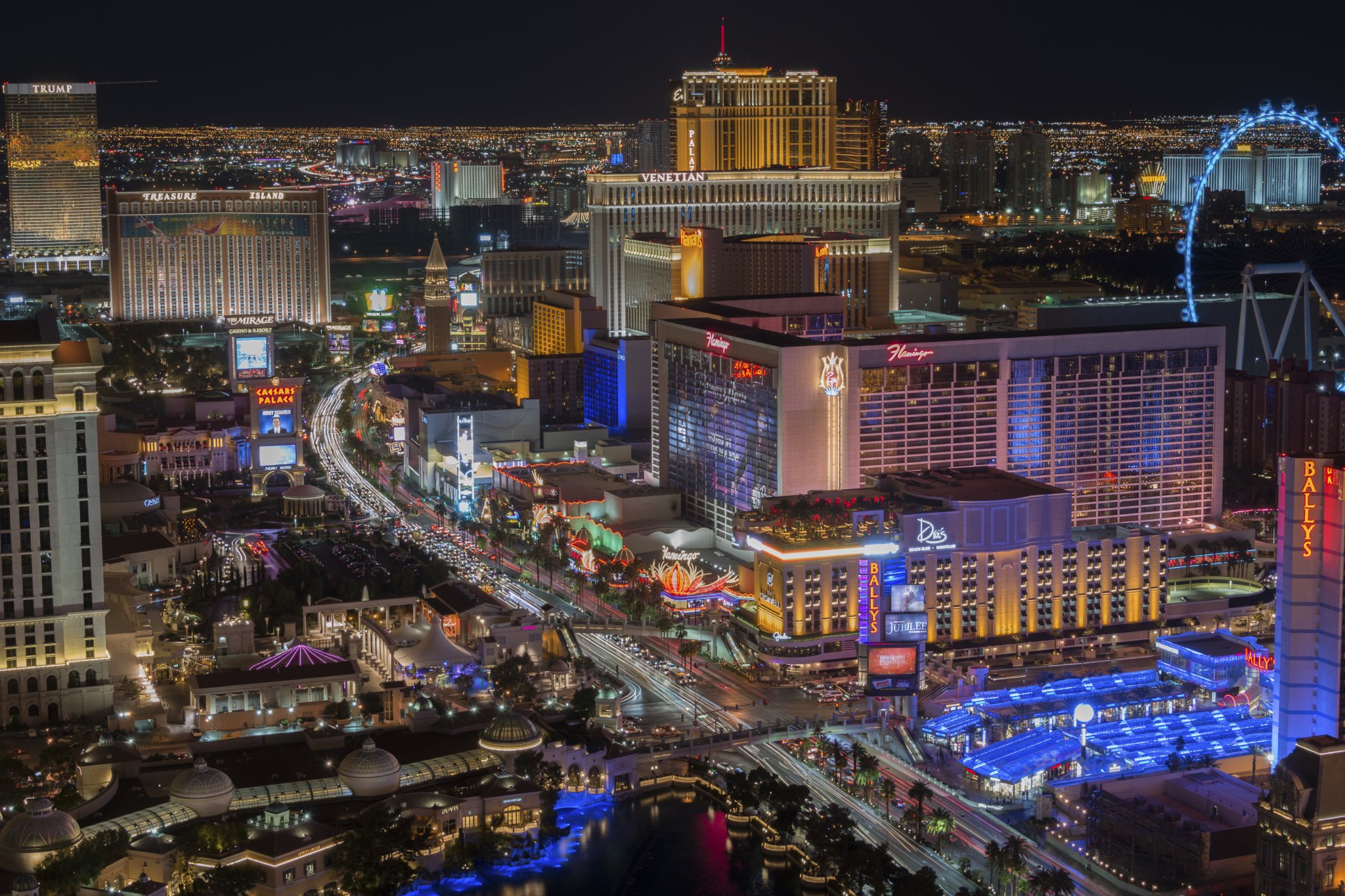 Las Vegas, billed as "The Entertainment Capital of the World"

Las Vegas, without a doubt, is one of the world's top meeting, convention, and trade show cities, hosting over 4.5 million attendees annually, offers boundless styles, and creative options for meeting planners and has more than 10.6 million square feet of exhibit space for an incredible and unforgettable event.

The Las Vegas Convention Center, also known as the World Trade Center Las Vegas, is one of the most functional, versatile, modern and high tech facilities in the world. The 3.2 million square foot convention center, with its two million square feet of exhibit space, 144 meetings rooms, a grand lobby and registration area combined with attendee hotel accommodations is not far from 100,000 guest rooms on the Las Vegas Strip making it an ideal location for your next convention or trade show.

McCarran International Airport welcomes direct flights from more than 125 U.S. cities with 1,100 flights arriving and departing daily, making air travel the easiest and best mode of transportation in and out of Las Vegas. The airport is conveniently located next to the Strip, is ranked among the 12 busiest airports in the world based on passenger activity, and is served by more than 40 air carriers.

Round-trip transportation from the airport to Las Vegas hotels, from either downtown, on the strip, or the convention center is available by taxis; group shuttles, the most economical way; walk-up limousine services for a luxury Las Vegas experience, or hop on the Las Vegas Monorail.

Interstates 15, 515, and US 95 lead out of Las Vegas in four directions. I-15 connects Las Vegas to Los Angeles, and heads northeast to and beyond Salt Lake City, Utah. I-515 goes southeast to Henderson, beyond, where US 93 continues over the Mike O'Callaghan-Pat Tillman Memorial Bridge towards Phoenix, Arizona. US 95 connects the city to northwestern Nevada, including Carson City and Reno. US 93 splits from I-15 northeast of Las Vegas and goes north through the eastern part of the state, serving Ely and Wells. US 95 heads south from US 93 near Henderson through far eastern California. Amtrak service is also available from California.

With over 150,000 hotel rooms, world-class dining, incredible entertainment, and shopping, it is not always easy for a group organizer or meeting planner to find the right accommodations for a great experience. So we offer free site selection services to those who want to find the perfect hotel, and meeting space for their group or meeting.

>One group option in Las Vegas, in the heart of downtown, is the vintage Vegas Fremont Street Experience with legendary casinos, free entertainment, and old-fashioned gambling hospitality. The downtown area is home to Symphony Park, a 61-acre, $485 million, urban community, called the Smith Center for the Performing Arts that hosts Broadway shows, orchestra, opera, and dance performances and much more.

Downtown Las Vegas celebrates exhibits of local artists and musicians on the first Friday of each month, known as the "First Friday" in a section of downtown called the "Arts District", and "Preview Thursday" highlights new gallery exhibitions that just opened throughout the district.

CityCenter, is an $8 billion hospitality complex of four and five diamond hotels, with over 300,000 square feet of meeting, convention and banquet space. You'll find the Aria Casino and Hotel with modern decor and lavish amentities; the smoke-free and non-gaming Vdara Boutique Hotel and Mandarin Oriental Las Vegas hotel that offers sleek, contemporary designs with subtle oriental touches; guests can be pampered with spectacular spa facilities; and Crystal's, a collection of more than 500,000 square feet of dining, nightlife and shopping.

No other city can boast shows, concerts or events like Las Vegas. They are the Entertainment Capital of the World. Whatever you're into, its happening in Vegas, there are shows with singing, dancing, acrobatics, comedy or drama, the concerts are superb with talented performances each night and the show calendar is up-to-date with performance times and ticket prices. From intimate poolside events to lavish affairs, there is no other place more fun and exciting than Las Vegas.

The city is home to several museums that include: the Neon Museum home to many of the historical signs dating from the 1930's to present day from the valley; The Mob Museum, Las Vegas Museum of Organized Crime and Law Enforcement; Las Vegas Natural History Museum, National Atomic Testing Museum; and the Springs Preserve.

Las Vegas has no shortage of outdoor things to do! Lake Mead is a great place for water sports, a tour of Hoover Dam is amazing, Mt. Charleston offers skiing and snowboarding, Bootlegger Canyon is a mountain bike park, and exhilerating rock climbing adventures in the desert mountains.

Whatever type of group you represent, we can assist you in finding the perfect hotel venue for your upcoming event, by saving you time, and money. And, there is no charge for our service. Just complete our online group form request and we will do the rest!