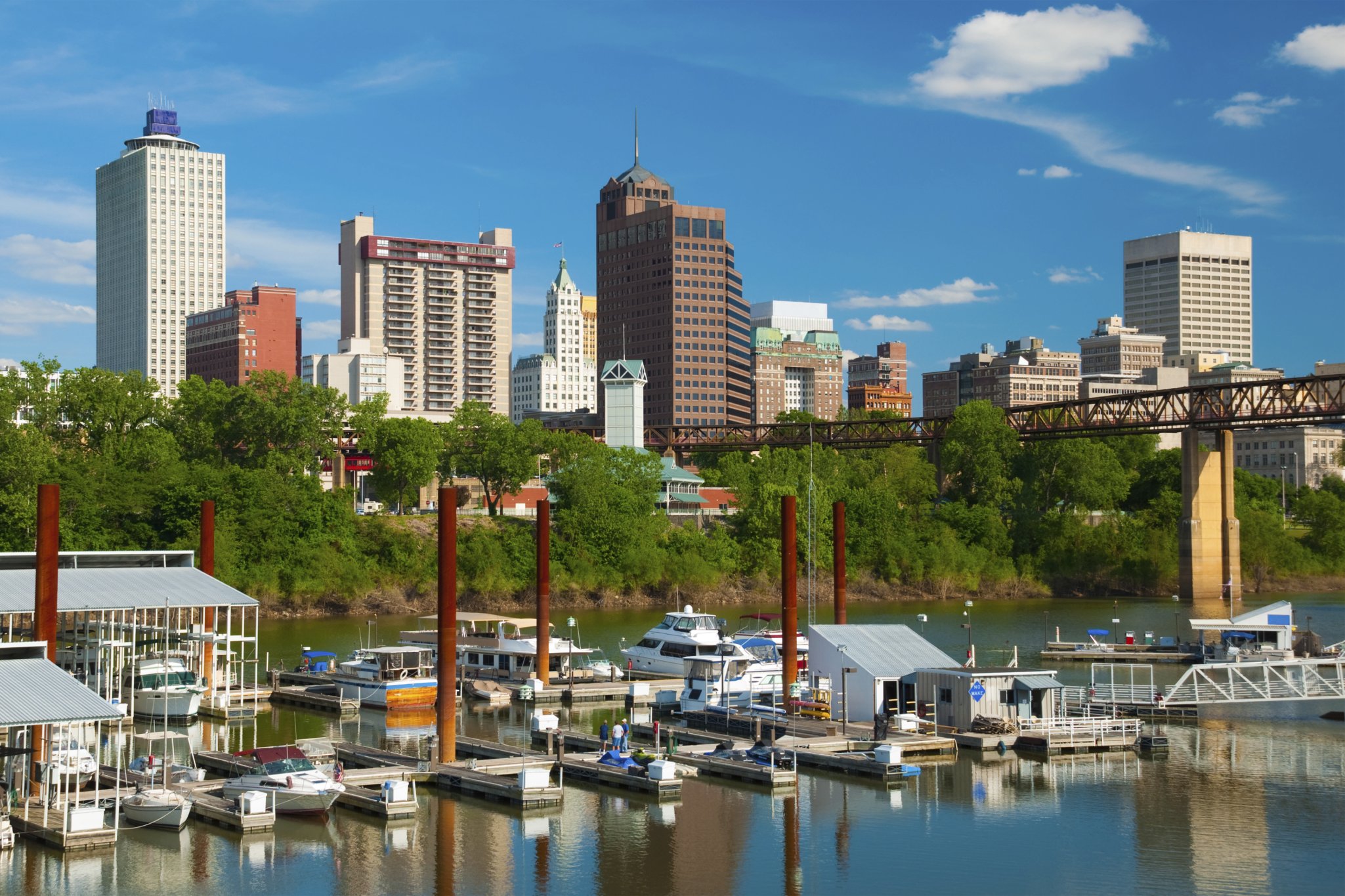 Memphis is the largest city in the state.

With the Mississippi River at its feet, Memphis’ location profoundly influenced the city’s adversity as well as its successes. From the hands of its Native American settlers to the British, and eventually the former President Andrew Jackson, many people realized the city had great potential. Its rich soil became a host for cotton, which increased the need for slaves and caused the city to thrive as a major cotton producer; and its streets paved the way for the Civil Rights Movement. Memphis received a complete makeover from African American Robert Church Sr., whose son established Solvent Savings Bank and also started the NAACP on the famous Beale Street. Nevertheless, when William Christopher “W.C” Handy wrote “Memphis Blues” for Memphis’ first black Mayor, E.H. Crump’s campaign, this was when the Blues officially came to town, influencing many legendary performers like B.B King, Johnny Cash, and Jerry Lee Lewis, to name a few.

Surrounded by such a rich heritage, the culture of Memphis is inescapable. Its numerous museums, parks, and riverfront showcase the traditions and beauty that has shaped the city into becoming a fascinating destination. Listen to the melodies and stories that have inspired the establishment of the Memphis Rock ‘n’ Soul Museum. Learn about the impact and history of white gold (cotton) as a source of power at The Cotton Museum. Transformed into the National Civil Rights Museum, the Lorraine Hotel (where Martin Luther King Jr. was assassinated) relives the Civil Rights Movements through exhibitions and presentations.

The nightlife of Memphis is a cultural fest full of good music, food and drinks. Follow the sounds of saxophones, drums, base, and local talents singing from the depths of their souls at the city’s hotspots like B.B King’s Blues Club, Blues City Café, the Buccaneer, and Hard Rock Café. Restaurants overflow with the strong aromas of barbecue specialties from juicy burgers to chicken in addition to other soul foods simmering in flavor. Cooked from the heart, the gastronomy of Memphis will tantalize even the most cautious food connoisseur.