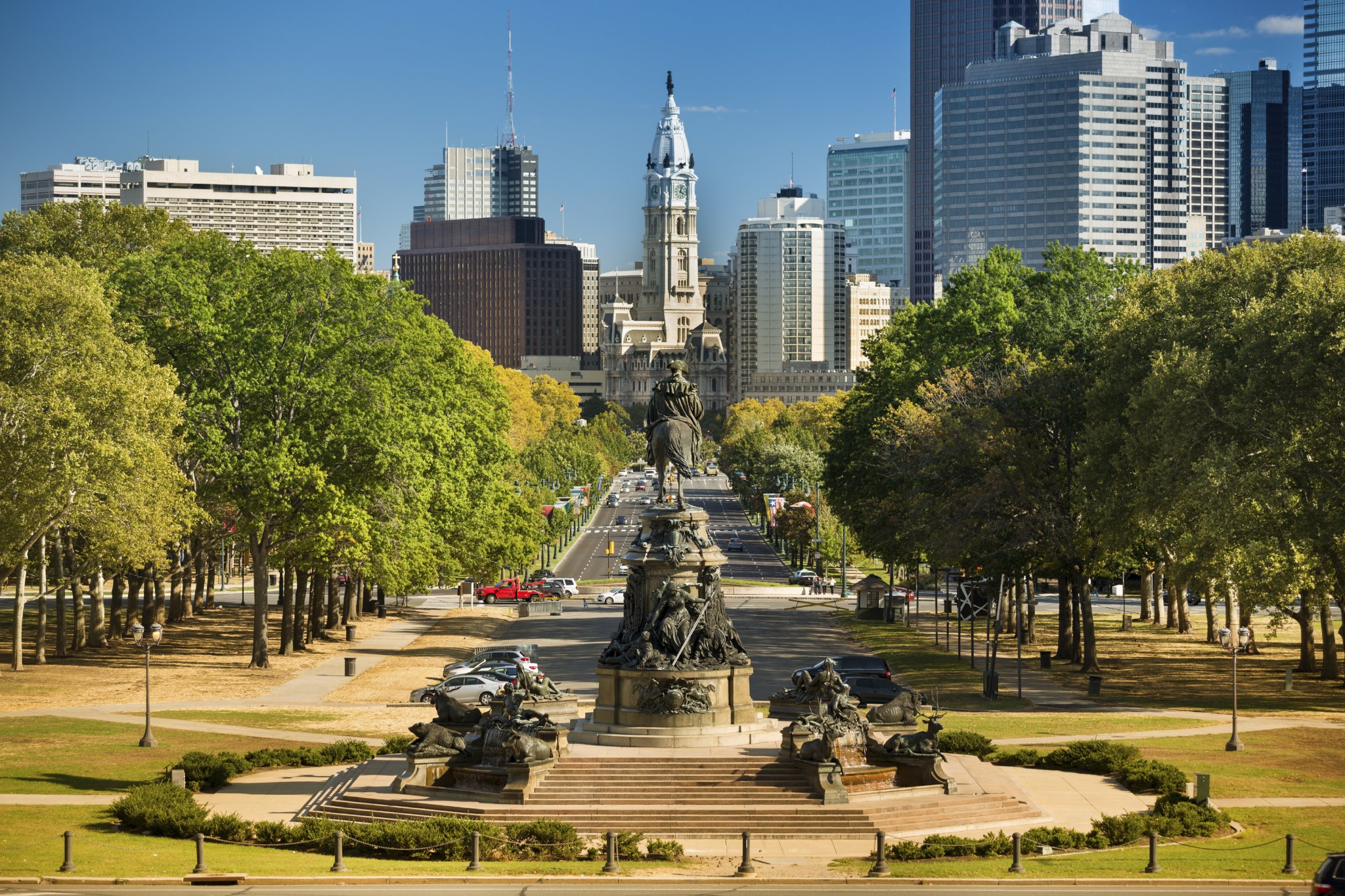 Philadelphia Pennsylvania, known as "the birthplace of American democracy."

Not only is Philadelphia, Pennsylvania, called the"City of Brotherly Love," it's also one packed with history, diversity, the arts and incredible restaurants. The birthplace of the U.S. proudly displays its archival treasures downtown in Independence National Historical Park. Millions of visitors come here each year to see the Liberty Bell, the Constitution Center and Independence Hall. Even if you didn't come for a history lesson, Philly has much more to offer. Browse through the Italian Market and grab a famous Pats or Geno's cheesesteak in South Philly. Shop in the high-end stores and browse the ritzy boutiques of Rittenhouse Square. Hit up a jazz club or a cool martini bar in Old City. Whether strolling past the iconic works of Picasso at the Museum of Art or delving into a Steven Starr-crafted meal, Philadelphia is a city to be experienced again and again.

Penn's Landing, South Street and the Museum District. Old City spans from the waterfront to 6th Street, where the Constitution Center, Independence Hall and the Liberty Bell call home. In addition to a large residential area, South Philly hosts the Italian Market, Queen Village and the Sports Complex where all of the hometown teams play. North Philly is comprised of the Northwest and Northeast, home to both residential and commercial areas, as well as Temple University, artsy Northern Liberties and Fairmount Park. West Philly has many subsections, including University City (UPenn and Drexel), Powelton Village and Overbrook Park.

The regions largest airport, Philadelphia International Airport (PHL) serves the majority of the Delaware Valley. With a major hub based in Philadelphia, US Airways is the predominant airline carrier, offering flights nationwide as well as to Europe and Latin America. The discount carrier, Southwest, also tends to have competitive low fares on domestic travel to and from PHL. You'll find some great hotels in the historic area of town. The city's public transit, Septa, is the main form of transportation throughout Philly and neighboring areas, which includes a network of buses, regional rail, as well as trolley and subway lines.

Contrary to popular belief, Philadelphia cuisine does not solely revolve around cheesesteaks and soft pretzels. Since the rebirth of the city's restaurant scene in the 1970s, Philly has become a gastronomic force to be reckoned with in the U.S. Whether you're a scene-seeker or true foodie, hotspots like Morimoto, Continental Mid-Town, Vedge and Zinc top the list of trendy eateries serving up gourmet cuisine. For a trip back into Colonial America, the City Tavern has been around since 1773 and offers diners a culinary experience inspired by the times. Steven Starr restaurants are a staple in town, ranging from the refined comfort food of Jones to the high-end steakhouse Barclay Prime.