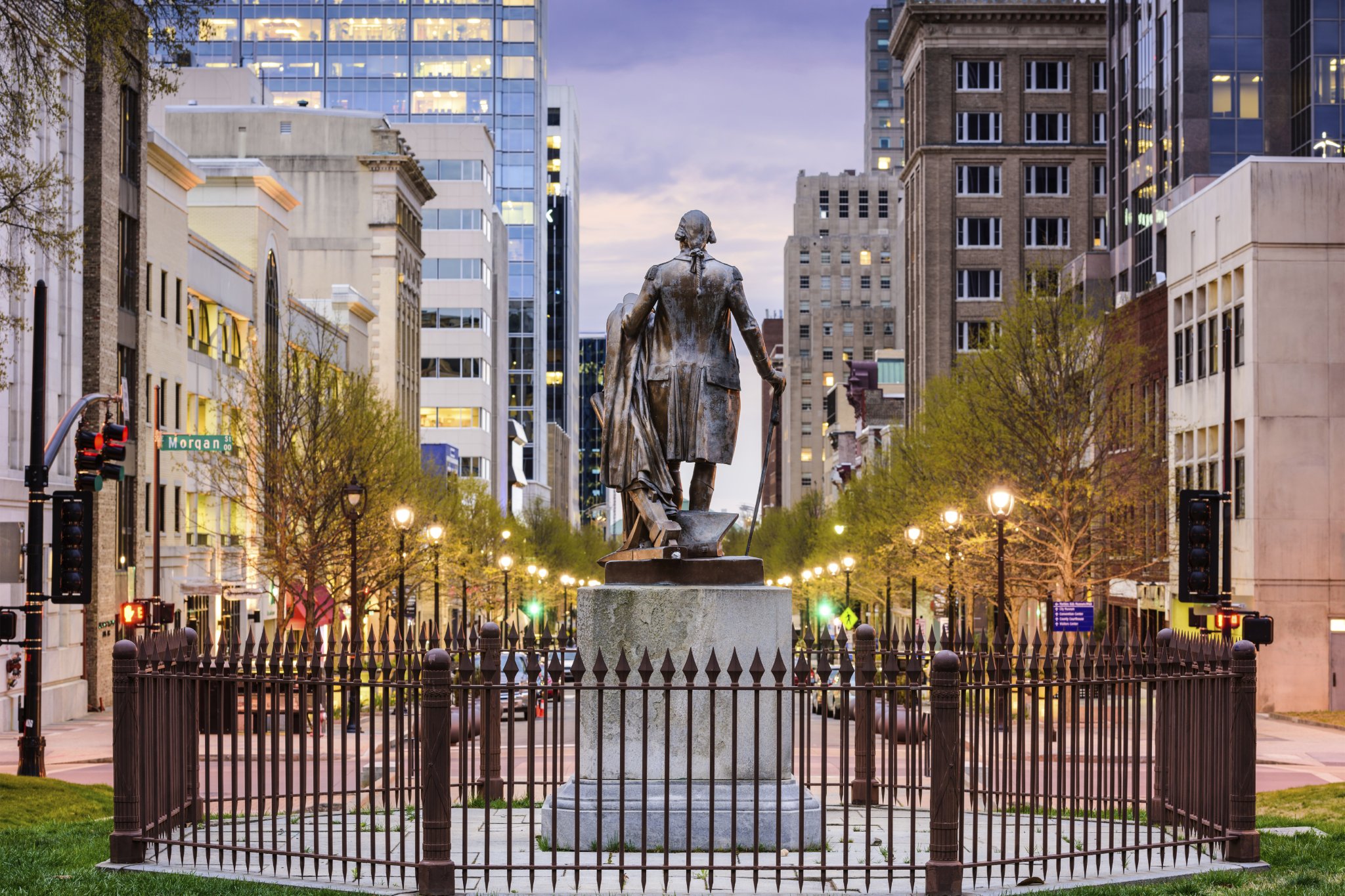 Raleigh, the Capital and second largest city in North Carolina.

The downtown area of Raleigh was recently transformed into a mega meeting, convention, and trade show locale with the help of an ambitious $3 billion city investment and expansion, becoming a first class destination with its eco-friendly convention center, and open air source entertainment facilities. Add the cafes, and delis, the casual and upscale dining establishments, pubs, museums, shopping, and attractions, roll them all together, Raleigh is one of the most desirable event venues in the Southeast.

With the LEED Silver-certified, Raleigh Convention Center, the Downtown Amphitheater and the Progress Energy Center for the Performing Arts, downtown Raleigh has become a dynamic source of culture, fun and entertainment, offering casual to elegant dining at more than 165 restaurants and bars, shopping, antique stores, art galleries, and nightlife. In 2011, the downtown city center earned the honor of "Most Creative Place to Host a Meeting" from ConventionSouth magazine.

Raleigh, Durham, and Chapel Hill make up the three primary cities of the Research Triangle area, with downtown Raleigh city center at the heart of the Triangle is the fastest growing metropolitan region in the Carolinas. The Raleigh Convention Center, is a dynamic hub for commerce, culture and technology, making the Triangle one of the most admired and sought after regions in the United States. The magnificent Cree Shimmer Wall is a 9,284-square-foot piece of art beautifying the side of the Raleigh Convention Center.

The ever expanding, Raleigh-Durham International Airport is the region's primary airport and the second largest in North Carolina. It is located northwest of downtown Raleigh via Interstate-40 between Raleigh and Durham, is home to 8 air carriers and their regional partners, offers service to nearly 40 domestic and international destinations on 400 flights daily, and serves approximately 10 million passengers a year.

The downtown visage of Raleigh with its transformation of public art projects has enhanced the cultural and entertainment venues in the city center, such as the expansion of the North Carolina Museum of Art and several new structures that include the Contemporary Art Museum and City Plaza, an outdoor place for the public to gather is just outside the hotel lobbies of downtown. The addition of the Red Hat Amphitheater provides a 6,000-seat popular open-air concert venue and has gained a reputation as an intimate outdoor venue.

Other interesting places to hold a meeting or event in Raleigh include the North Carolina Museum of Art with premier facilities, day-lit galleries, beautifully landscaped sculpture gardens and reflective pool, boardrooms with up to 20 people, or maybe the museum auditorium seating 270 guests; another possibility is the North Carolina Museum of Natural Sciences, where guests can converse among dinosaurs and mingle amid live animals, while enjoying an evening social event at the largest natural science museum in the Southeast that accommodates up to 1,550 guests.

Try the Mordecai Historic Park, the birthplace of Andrew Johnson offering several sites that are available for gatherings of private affairs, dinners and social events or Caffe Luna with its elegant private dining rooms enhanced with hardwood floors a graceful archways and candle lit terrace.

With the addition of the Lonnie Poole Golf Course at North Carolina State University, meeting planners can plan an afternoon at the 6,915-yard, par 71 course, an Arnold Palmer Signature Course, or take in any of the Greater Raleigh's 18 courses, both public or semi-private for the convention attendees when meeting in Raleigh.

The R-Line is Raleigh's downtown environmentally friendly transportation that connects people to retail businesses, casual and upscale restaurants, entertainment venues in the Central Business District. Did we mention this service is free riding on the hybrid electric buses connecting residents, employees or visitors to downtown Raleigh.

Raleigh is the capital city of North Carolina, situated where the North American Piedmont and Atlantic Coastal Plain regions meet, known as the Piedmont area. Raleigh is about two hours west of Atlantic Beach, North Carolina, by car, and four hours east of the Great Smoky Mountains Appalachian range. The city is named for English explorer Sir Walter Raleigh, who established the lost Roanoke Colony on Roanoke Island which is now present-day Dare County, North Carolina.

Raleigh has a reputation for its higher education and today, it is one of the fastest growing cities in the country, and education wise, home to the North Carolina State University, and six private colleges and universities. The Triangle Research Park is one of the country's largest research parks and a major center for high-tech, biotechnology research, and textile development.

Raleigh is known as the "City of Oaks" because of its many oak trees. Slow down, take some time to step back in history and experience some of Raleigh's early beginnings, explore the city's historic homes and buildings, enjoy its beautiful landscapes, thriving oaks trees, and visit Sir Walter Raleigh Hotel, a designated Raleigh Historic Landmark along with other interesting and historic places. The building still stands and continues to serve as apartments today.

Whatever type of group you represent, we can assist you in finding the perfect hotel venue for your upcoming event, by saving you time, and money. And, there is no charge for our service. Just complete our online group form request and we will do the rest!