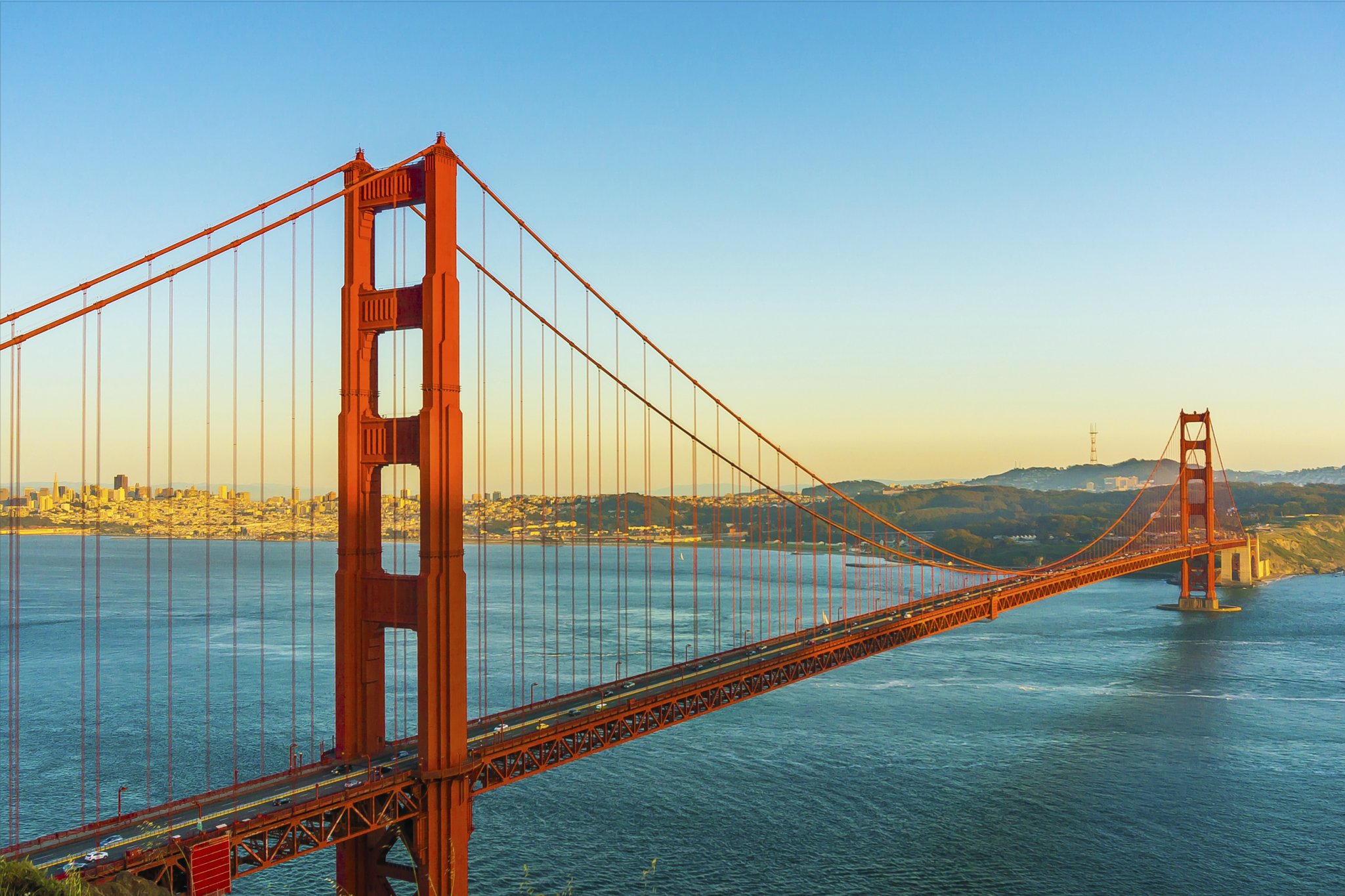 One of the top Tourist Destinations in the World!

With its mild, spring-like climate, cool summers, fog, steep rollling hills and stunning cityscape that includes over 7 miles of waterfront, and landmark attractions, San Francisco is a popular destination for the business traveler and leisure crowd as well, while the many meetings and groups look for hotels, resorts and unique accommodations in the city. The number of annual visitors and convention participants tops 16 million people, ranking San Francisco in the top 10 North American destinations for conventions and conferences.

Air transportation into the city by the San Francisco International Airport or nearby Oakland International Airport provides travelers easy access to the city. You can hop from one site to another with the affordable Bay Area Rapid Transit known as the BART System. The famous San Francisco cable cars is a must do during your stay. The cable cars transport visitors to city destinations like Fishman's Wharf, the Maritime Museum and Aquatic Park.

For meeting attendees, the public transportation network provides access to the Moscone Center, San Francisco's premier facility for meetings and conventions. Comprised of North and South and West halls, the Moscone Center encompasses over two million square feet of space, including over 700,000 square feet of exhibit space and 106 meeting rooms. The North and South Moscone can provide up to 442,000 of exhibit space, while its Gateway Ballroom can host up to 1,300 people for banquets and receptions. West Moscone's three floors of space can accommodate nearly 300,000 square feet of exhibit space total, in addition to ballroom and lobby function areas, which makes it an excellent option for San Francisco event planning. To take advantage of our free site selection services for your upcoming group, we will provide proposals from hotels that meet your requirements promptly.

Moscone Center is an ideal location in the heart of downtown and is within walking distance of multiple San Francisco meeting hotels and over 20,000 hotel rooms. The city has more than 33,000 hotel rooms at properties that offer nearly one million square feet of meeting space for meeting planning San Francisco. Additionally, meeting planners can host receptions, post-event cocktail hours, meetings and more at hotels such as the Hilton San Francisco, San Francisco Marriott, and Hyatt Regency San Francisco with well-appointed accommodations.

Outside of the more traditional space, San Francisco is home to an impressive array attractions that double as possible unique event locations. A collection of over 26,000 art works, photographs and design objects create a striking backdrop for events at the San Francisco Museum of Modern Art. A reception or gala for up to 550 people among the jellies, octopus, sharks and other aquatic life inhabiting the Aquarium of the Bay would impress the attendees. The popular Conservatory of Flowers in Golden Gate Park offers five exhibit spaces with exotic plants and flowers, metal work and breath taking architecture.

The city's traditional business and industrial districts have experienced a renaissance driven by the redevelopment of the Embarcadero, including the neighborhoods South Beach and Mission Bay and property values and household income have risen to among the highest in the nation, creating a large and upscale restaurant, retail, and entertainment scene.

San Francisco has made exceptional strides to be an eco-friendly destination. It currently has a 70 percent recycling rate, with a goal of zero waste by 2020. In addition to a number of hotel and restaurant facilities doing their part to implement green initiatives, San Francisco event planning gives alternative choices to planners to suite their needs, like the Moscone Center, which is leading the way with the largest city-owned solar installation in the country on its roof.

Whatever type of group you represent, we can help you find the perfect accommodations, meeting and banquet space for your event. Just complete our online group form request and we will do the rest providing you with proposals by email!